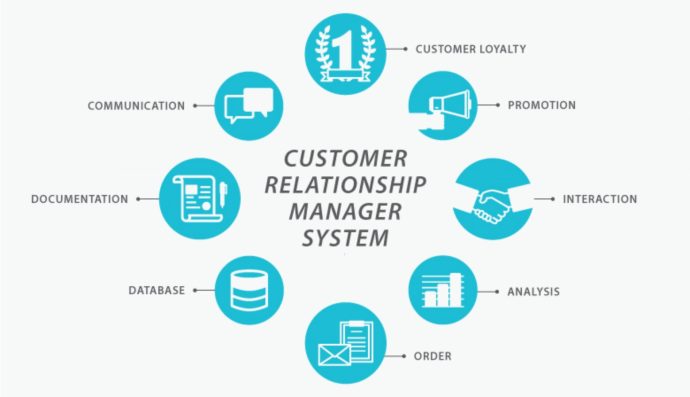 One could say that we are living in the era where CRM has reached to its full potential. Along with the integration with technology and marketing, CRM has been building its aisle towards happy customers.

CRM has gone through a bunch of alterations and has been taken up by many businesses since day one. A lot of changes have been made in CRM, yet at the heart of the CRM one thing had remained constant: generating sales out of the customer data.

We can describe the growth of this dynamic CRM industry into the following phases:

In 1970s the standalone mainframe solution came into the picture with systems like hotline numbers, sales force automation and customer information files.

The pretty common was Nomad Software which allowed creation of databases, managing data and writing applications.

Mid to late 1980s- The Introduction of Contact Management Software

Things went digital in the late 1980s. By 1986, the first ever contact management system ACT was rolled out by Conductor Software which turned out to be the Cro-Magnon of CRM.

In the early nineties, there was an evolution of database marketing into sales force automation.

In 1995, the term ‘Customer Relationship Management’ was first coined.

The first CRM system got launched in 1993, by Seibel. For price conscious companies, cloud CRM turned out to be a blessing. In 1997, Oracle rolled out Oracle Sales and Marketing (OSM).

In 1999, first mobile CRM got launched by Seibel. However, during that period of time, mobile adoption was hampered because of limited mobile device infrastructure.

The end of the nineties witnessed first major Software-as-a-Service (SaaS) CRM by Salesforce.com.

Investment in technology got dried up because of which development of CRM product also went down. Market leaders like Oracle and Seibel also experienced declining sale.

The dot.com bubble which was also referred as internet bubble was the period when the majority of investors pumped their money into internet-based startups, with the hope of getting profit. But unfortunately, due to reluctance in using internet based technologies, e-CRM vendors hot the hardest hit.

By 2003, Microsoft leveraged its legacy system MS Office and Outlook to build its own CRM suite. And now, Microsoft dynamics in the industry is a stronger player.

In 2004, open source enterprise application got introduced by SugarCRM. Then software developers came up with the cloud base version of this open source CRM.

In 2008-2009, people saw the shift of CRM to interaction relationship model from a transactional model. Social media strategies started running in parallel to CRM strategies. Small players started to enter the CRM market because of cloud-based infrastructure and fast internet connectivity.

The Present and the Future

Going forward, CRM will focus more on two areas. Firstly, Making CRM goes fully social. Already, many companies are providing social media analytics. The next level of CRM is expected to give more in depth digital behavioural attributes of customers.

Lastly, there will come the age of mobile CRM. With increase in the number of people accessing internet via their Smartphone rather than desktop, mobile CRM is going to be the toast of the future.

Xobber is one such CRM suite which has come up with an excellent CRM app, making it sales professionals more productive.